Osaka, Japan, November 25 2016 - In a classroom of East-Osaka Korean middle school (Higashi-Osaka chosen chugakko).
140 Korean schools are operated in Japan, including kindergartens and one university. The schools were initially funded by North Korea, but this money has dried up and the Japanese government has refused the Chosen Soren (General Association of Korean Residents in Japan with close ties to North Korea)’s requests that it fund Korean schools.
Professors at East-Osaka Korean middle school have not been paid for months. 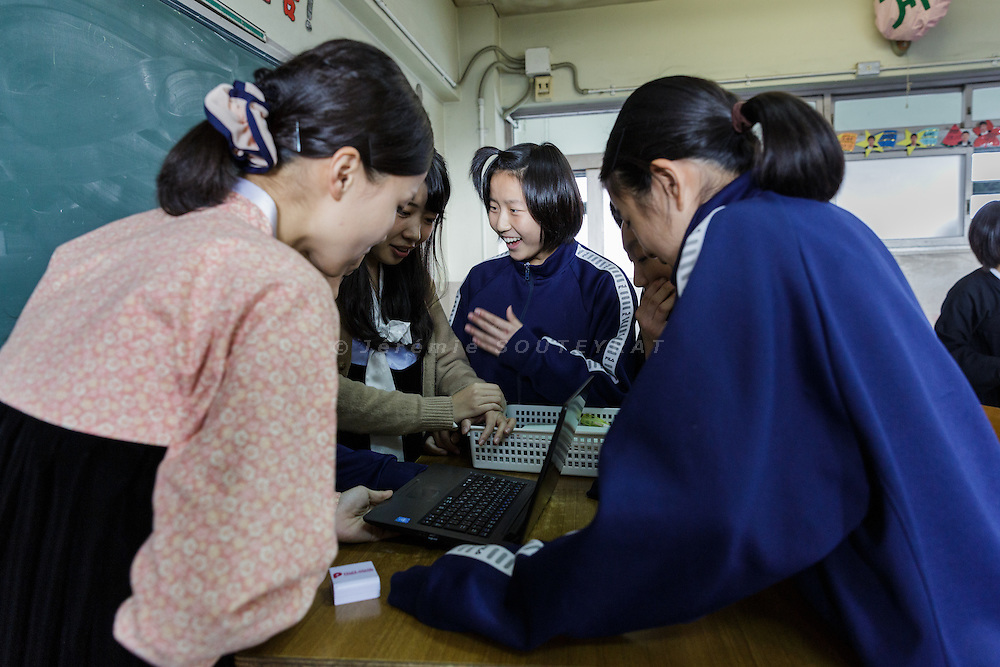