Tokyo, April 10 2014 - In front of the Yushukan, Yasukuni shrine's war museum, a portrait of Radhabinod Pal, the Indian jurist who participated in the International Military Tribunal in Tokyo that was held to prosecute war criminals in World War II, and the stone was erected in his honor.

“Pal perceived that the Tokyo Trials were little more than a barbarian desire for revenge that the Allies, who were drunk with victory, foisted upon Japan, which had been rendered helpless by its defeat in the war,” the stone reads. 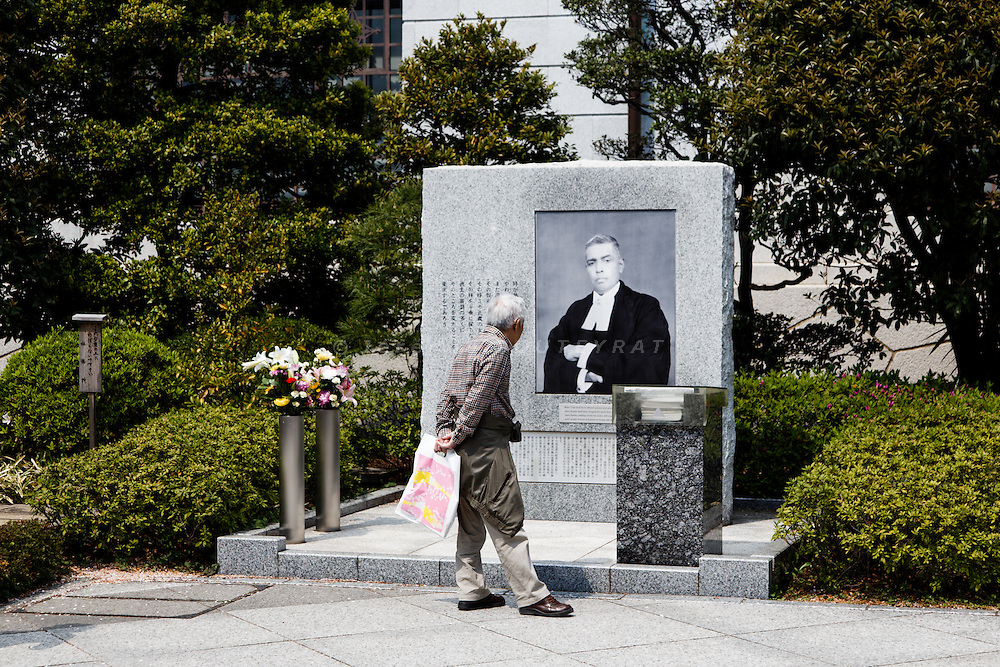